They Out Number us 200 Million to One. How Could that be Scary? – It’s Tough to Be a Bug

They Out Number us 200 Million to One. How Could that be Scary? – It’s Tough to Be a Bug

Welcome to those of you joining me from The Disney Kids and those of you just hopping aboard. I am the Final stop on our Magical Blogorail. 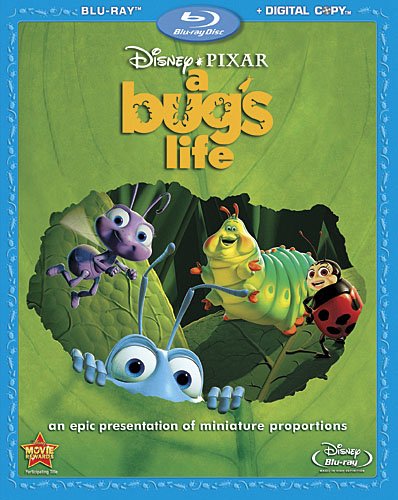 This month’s theme is the Scary Side of Walt Disney World.  This got me thinking.  There are many attractions that thrill and can be scary to some.  But if I had to pick one thing I would warn people with small kids about is It’s Tough to be a Bug.

This attraction is inspired by the Pixar It’s a Bug’s Life movie (which is based upon Aesop’s Fable The Grasshopper and the Ants).  Flick is our host today and he invites you to become honorary bugs by wearing a pair of special “bug eye” glasses.  Once you are bug sized you are shows an exciting 3D film and live show on the survival techniques of bugs.

I must admit I get a bit of evil enjoyment out of this attraction.  With characters like Flick and photos of people laughing along with cute bugs, this attraction leads you to believe it is an innocent film for the whole family.

And they lull you into this sense of security by being located under the Tree of Life.  As you wind your way to the Theatre of Life along lushly planted paths you are surrounded by beautiful tree carvings of animals.

Once inside the massive tree trunk and surrounded by the roots there are posters of famous theatrical products with bug puns: “A Stinkbug Named Desire,” “Web Side Story,” “Beauty and the Bee” and “My Fair Lady Bug,” etc.

At this time you also receive your bug opera glasses.  Great for seeing the bugs and for cute photos ops. No sense of trouble here – yet.

The Theatre of Life is set with log seating and rather beautiful tangled-root architecture and classic vine-draped ceiling.  The announcer gets a chuckle from the crown as he reminds the audience to

[quote] please refrain from buzzing, chirping and stinging throughout the presentation. Oh, and by the way, no pollinating, either! [/quote]

Our master of ceremonies, Flik from the Disney film “A Bug’s Life,” begins the show and and comedy ensues as some of the acts go awry to take advantage of the 3D effect.  Beware of poison quills and the “termite-ator”.

Then in a moment it all turns, you go from laughing to shrieking as Hopper, the villainous grasshopper from “A Bug’s Life” enters the scene and he is mad. He want to get revenge for all of the bugs that have been killed at the hands of humans.

Now instead of cute bugs and comedic action you are being faced by a giant flyswatter, hit with bug spray, and attacked by  hornets.

But it get’s worse.  The room goes dark and there are spiders coming down on you from the ceiling.  Yes, big evil spiders!

In total darkens screams take over (some of them are actually piped in by Disney) and then you see the doors open as a couple of parents have had to remove their terror stricken children from the theatre.

It is pure chaos for about 3 minutes and then suddenly everything is right with the world and they leave you in true Disney fashion with a happy finale.

So from viewing this attraction many times I have come to two conclusions:

The trunk of the Tree of Life at Disney’s Animal Kingdom at the Walt Disney World Resort near Orlando, Florida. (Photo credit: Wikipedia)

Thank you for joining Magical Blogorail Teal this month. Our next loop will be on November 26th with an all new theme.

Keep checking in with our blogs in between loops to keep up to date with our Disney info, photos and stories. If you are looking for more Disney magic, you can make your way over to The Magical Blogorail website to see all our members and their blogs, as well as all our previous loops.

Here is the map of our Magical Blogorail Loop should you happen to have tomake a stop along the way and want to reboard:

About the Author: Mary Connor

Full time working mom making the most out of time with my family through travel, crafts & photography. Owner/designer of Capturing Magical Memories® and co-owner of the Magical Blogorail travel co-operative. In my free time it is all spas, wineries and concierge.

This site uses Akismet to reduce spam. Learn how your comment data is processed.